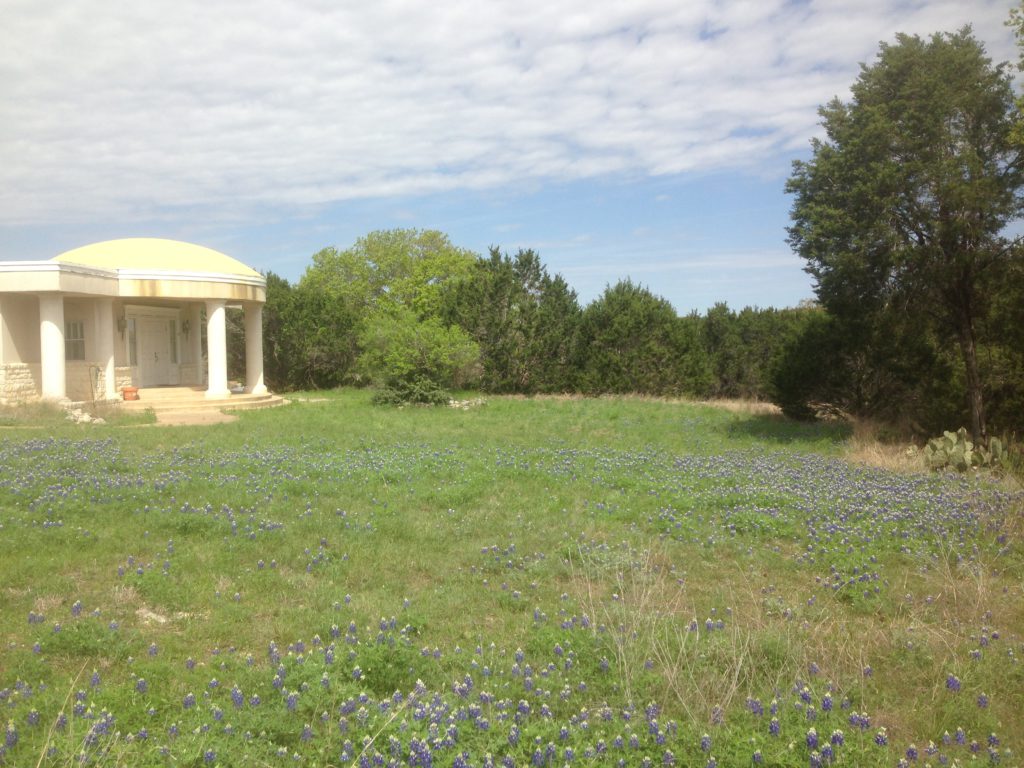 Maharishi Dome of the Age of Enlightenment

The Maharishi Dome of the Age of Enlightenment (also known as the Radiance Dome or sometime just The Dome) was the first structure to be build in Radiance. The Transcendental Mediation community felt it fitting that the building which would serve as the meditation hall for a village built for meditators by meditators should also serve as first physical manifestation of their plans.

The main Dome is a 70ft diameter section of a sphere and was built in 1983, and the structure is a smaller version of the two Domes at Maharishi University of Management in Fairfield, IA. It has been in continuous use as a meditation facility since that time. The current entry structure including the ‘little dome’, entry foyer, restrooms, etc. were completed in 1985 and inaugurated by a delegation from the international TM organization including Brahmachari Nandkishore, Dr. Bevan Morris, and Neil Patterson in October of that year. (a video clip of the inauguration is in the original Radiance promo tape)

Over the decades numerous concerts, school plays, fundraisers, seasonal celebrations, talent shows, educational workshops, and community meetings as well as several weddings have been held in the Dome.  We are also open to renting the Dome to other groups for one-time or ongoing events such as Meetups.  Contact us with your proposal.